The DuroMax XP12000EH generator works great. We do love it; this unit can quickly put out 10kw. If used prudently, you can power a 200-amp house with no problem. We ran a 3-ton HVAC unit on it, which efficiently handled the surge.

It is straightforward to use and assemble. The wheels are also solid, so there is no worry about flats. The unit is compact but heavy and can easily be rolled over uneven terrain. The control board is well-marked and well-laid out. The instructions are excellent.

The official moniker for Duromax XP12000EH is “The Beast.” Given that this is one of the most potent portable generators available, the award is well-deserved.

You may utilize it flawlessly as a complete backup power solution for your house with its 12,000 peaks and 9,500 watts, saving yourself the trouble and money of installing standby generators.

Comparison Between DuroMax XP12000EH and Others

Most portable generators are often used in isolated areas or building sites where only a few minor pieces of equipment or appliances need to be powered. Due to their insufficient overall power, the majority are not designed to be utilized as a backup power source for the home.

Ultra-heavy portable generators can only handle larger electrical loads. But there aren’t many reliable 10,000-watt generators available, and when there are, they’re typically very expensive.

One of the few generators of this size that performs well and is reasonably priced is the Duromax XP12000EH. Its 12,000 watts at the start is more than enough to run most critical appliances in the home without the risk of overloading.

It’s also powerful enough to run one of the most demanding power tools – a 230 amp MIG welder.

In general, dual-fuel generators are preferable over those that only use gas as fuel. This is true because using propane to operate a generator is initially less expensive than using gasoline. Long-term, this would result in significant fuel cost savings for you.

Further flexibility and longer runtime are made possible by the availability of dual fuels since you no longer have to worry about recharging the generator frequently.

On both fuels combined, the Duromax XP12000EH can easily operate nonstop for about 15 hours. This offers a significant benefit during a protracted power outage. It only takes a single button click to switch between fuels, which is another incredibly simple process.

As you would expect from a generator of this size, it is not a silent unit. If you run it at full load, the generator can be noisy. However, you will agree that noise is not the main concern during an emergency or job site.

The generator is also very heavy and difficult to move. Unless you are a strong and fit person, find someone to help you move.

The Duromax XP12000EH can be the best option if you want a complete backup solution for your house but don’t want to spend much on a backup generator. Generates sufficient electricity to operate all essential home appliances.

You may operate the dual fuel generator nonstop for extended periods and save money on petrol. There aren’t many generators in this power class that can compete with the Duromax XP12000EH, making it one of the most powerful ones on the market.

If you are looking for an ultra-rugged dual-fuel generator to power your entire home in a power outage, consider purchasing the Duromax XP12000EH. 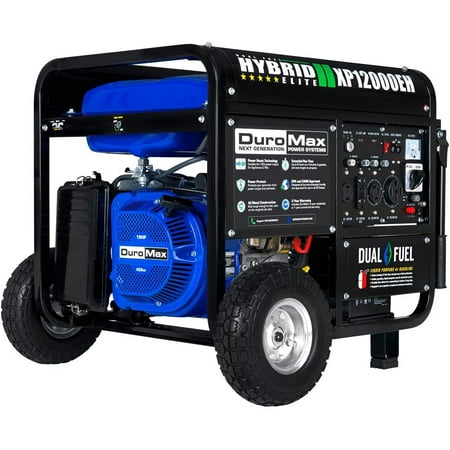 Buy from Amazon.com
Amazon.com
Wait For A Price Drop 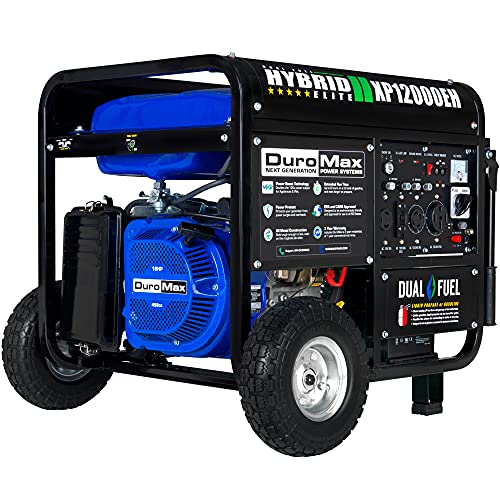 This is Alex Behind this BestGenerator.Review. I have completed my Diploma in Electrical & Advanced Electrical from Apex Technical School, NYC. The School curriculum covers an introduction to the National Electric Code and includes an emphasis on electrical safety, breakers and fuses, blueprints, grounding, outlets, splicing, and bonding. Besides my job, I like to spend my time testing and playing with different electrical devices. Generators are one of my favorite machines.

We participate in the Amazon Services LLC Associates Program, an affiliate advertising program that lets us earn fees by linking to Amazon.com and affiliated sites.
This website's content is for informational purposes and is not an endorsement or recommendation. No warranty is made regarding the website's content's accuracy, adequacy, completeness, legality, reliability, or usefulness. You must verify this information.